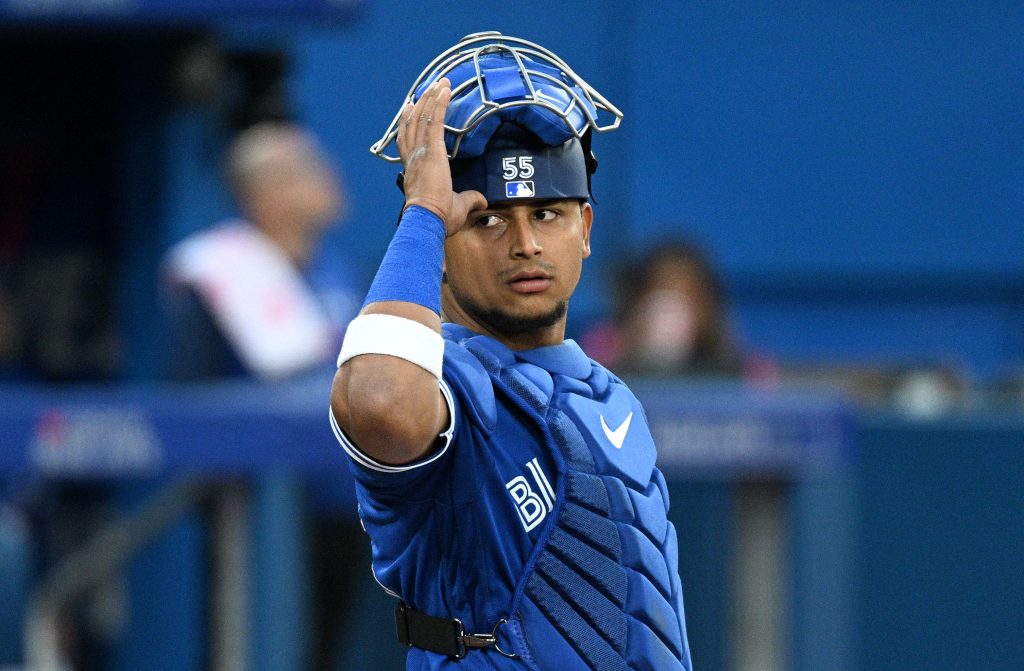 After months of speculation and interest from multiple teams, the Diamondbacks finally traded one of their left-handed hitting outfielders and the Blue Jays finally moved one of their catchers. The two clubs joined forces Friday’s three-player deal that saw outfielder Daulton Varshaw head to Toronto in exchange for catcher Gabriel Moreno and outfielder Lourdes Gurriel Jr.in a trade that checks several boxes for both organizations.

Given how the D’Backs and Jays’ needs dovetailed so neatly, it isn’t a surprise that Toronto GM Ross Atkins said it was “from the very beginning of the off-season that dialogue beganbetween the two sides.

«It absolutely was a great fit with their surplus of outfielders, specifically left-handed hitting center fielders and us having a surplus of catching and their need,” Atkins told reporters, including TSN’s Scott Mitchell. «Right from the start, we felt that it was going to be a very important team and fit.»

The Blue Jays entered the winter with Moreno, Alejandro Kirkand Danny Jansen all lined up as options behind the plate, with Moreno (one of the game’s best prospects) looking ready for an extended audition after making his MLB debut with 25 games played in 2022. While Varsho has only 283 MLB games on his resume, he was actually the most experienced of Arizona’s outfield core — Corbin Carroll and Alec Thomas both made their big league debuts in 2022, and Jake McCarthy has appeared in 123 games for the Diamondbacks over the last two seasons.

Varsho’s longer track record seemingly made him the most sought-after player by interested teams, especially since the D’Backs made Carroll (another elite prospect) all but untouchable in trade negotiations. With the Diamondbacks intent on adding «impact in this trade,” according to Arizona general manager Mike Hazen, that need could not be met just by shopping Thomas or McCarthy.

«I think there was more certainty — and clearly, we have it, too — with Daulton’s performance to this point in his career, and probably rightly so, that teams were willing to pay more for that. I don’t know that we were ever going to cross that divide otherwise,” Hazen said the Arizona Republic’s Nick Piecoro and other reporters.

Such teams as the Yankees, Reds, White Sox, Athletics, Astros, Brewers, and Marlins were also linked to the Diamondbacks’ outfielders on the rumor mill, as both contenders and rebuilding teams alike had interest in Arizona’s mix of controllable young players. Likewise, Toronto got lots of calls about its catchers, but reports suggested that the Blue Jays first wanted to wait and see where some other catchers on the free agent and trade market landed. Once the Braves acquired Sean Murphy from Oakland and once Willson Contreras (Cardinals) and Christian Vazquez (Twins) signed, the road was then a little more clear for the D’Backs and Jays to align on a trade.

Even then, Atkins said that finding a match was tricky since «all three catchers were of some interest to them and all of their outfielders were of some interest to us. The component that made it challenging is that we were both trying to consolidate more talent on our Major League roster. They are looking to take steps forward obviously and push the envelope on the winning front and that’s why Lourdes Gurriel came into the picture and made this deal work.”

Gurriel’s inclusion gives the D’Backs a veteran but not old (Gurriel is entering his age-29) outfield presence to join Carroll, McCarthy, Thomas, and former AL Rookie Of The Year Kyle Lewis, who was acquired in another trade with the Mariners earlier this winter. «I’m hoping the contact, the on-base, the ability to hit, the two-strike approach, is going to lend itself to making our lineup even tougher to face with the way some of those kids are going to be running around the bases the way they did last year,” Hazen said. «I feel like a lot of that dynamic offense has a chance to be enhanced.”

The trade with the Jays and Mariners represent Arizona’s biggest moves of the winter, as the D’Backs have otherwise mostly focused on their bullpen with relatively lower-tier moves like the signings of Miguel Castro and Scott McGough. Friday also saw the D’Backs complete another tradebringing Diego Castillo from the Pirates to add more infield depth to the mix.

With Arizona still trying to find its footing after three straight losing seasons, the Blue Jays are in a different position as a club intending to compete for a World Series in 2023. After a disappointing collapse against Seattle in the Wild Card Series, the Jays have been aggressive in signing right-hander Chris Bassitt to a three-year, $63MM deal, signing Kevin Kiermaier to a one-year contract, and trading Teoscar Hernandez to the Mariners for Erik Swanson and prospect Adam Macko.

Now that the Jays finally pulled the trigger on a catcher trade, Atkins said «I think our heavy lifting is done” for the rest of the offseason, although the front office is “certainly not ruling anything out and would expect some incremental improvements.” Varsho and Kiermaier are both left-handed hitters, and thus the Blue Jays will «look to improve our team from the subtraction of Gurriel, but in our view it doesn’t need to be right-handed or left-handed, it’s more about the impact and the fit beyond that.”