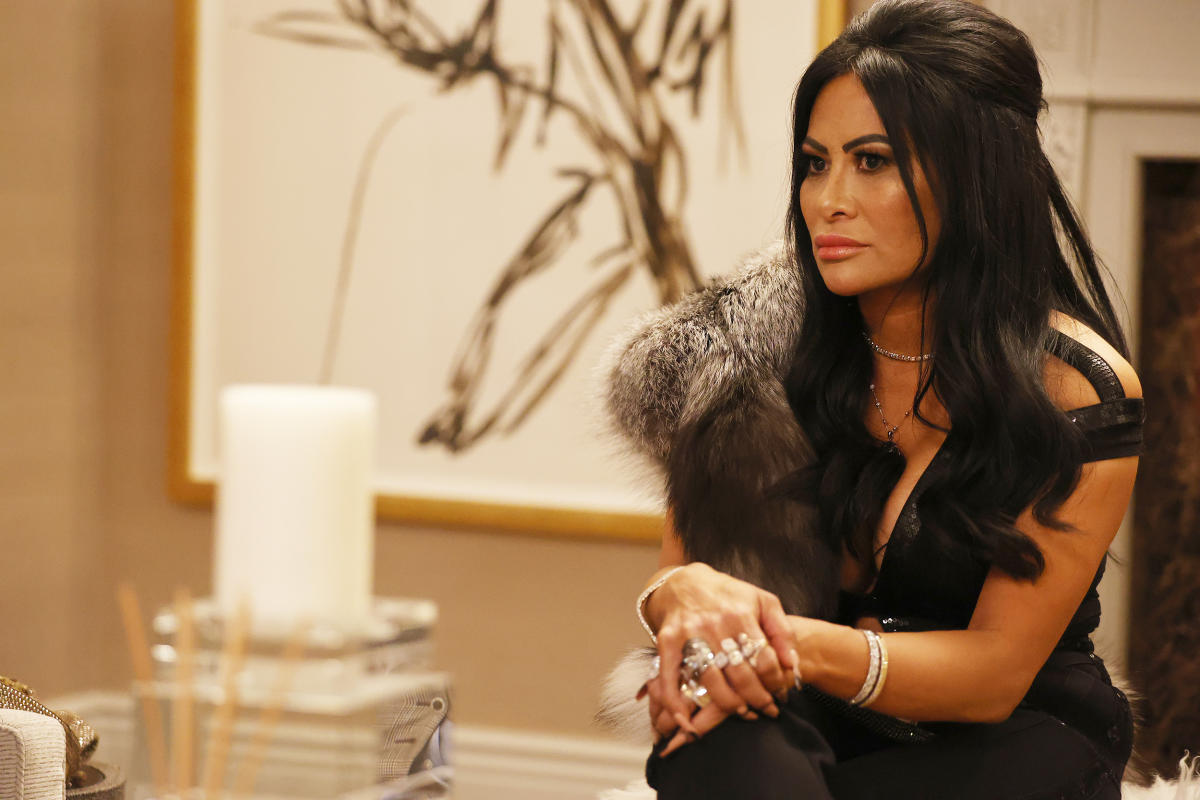 The Justice Department is requesting a decade in prison for «The Real Housewives of Salt Lake City» star Jen Shah ahead of her Jan. 6 sentencing for running a nationwide telemarketing scheme targeting seniors, according to newly-filed court documents that also feature previously unreported victim impact statements from some of the elderly people she defrauded.

The Dec. 23 filing calls Shah, 49, «the most culpable person charged in this case,» and «an integral leader of a wide-ranging, nationwide telemarketing fraud scheme that victimized thousands of innocent people.»

«At the defendant’s direction, victims were defrauded over and over again until they had nothing left,» Damian Williams, US Attorney for the Southern District of New York, wrote. «She and her co-conspirators persisted in their conduct until the victims’ bank accounts were empty, their credit cards were at their limits, and there was nothing more to take.»

Shah and her «first assistant,» Stuart Smith, were accused in March 2021 of committing wire fraud and money laundering in a scheme in which they «generated and sold ‘lead lists’ of innocent individuals for other members of their scheme to repeatedly scam» from 2012 through 2021, the US Attorney’s Office said.

The money laundering charge was tossed as part of the plea agreement, and Shah agreed to forfeit $6.5 million and to pay restitution up to $9.5 million, in addition to facing prison time of up to 14 years.

Smith also pleaded not guilty to the charges in April 2021, but later changed his plea to guilty in November 2021, court records show. Smith does not yet appear to have been sentenced, according to court documents.

‘The burden you have caused me is overwhelming’

The filing includes five previously unreported victim impact statements that were written last month, ahead of what was supposed to be Shah’s Nov. 28 sentencing, which was postponed to Jan. 6 at the request of her lawyers.

The statements shed new light on how Shah and her associates defrauded people and the impacts the scheme had on their victims, which allegedly included homelessness, suicidal ideation and severe health issues.

The victim who appeared to be defrauded out of the most money was a Canadian woman who lost more than $100,000 through the scheme’s unrealized promises to help her start an unspecified new business.

She said the loss of money led her to contemplate suicide, required her to re-mortgage her house, almost led her to divorce, and has left her continuing to struggle to pay bills and care for her «critically ill» husband and 90-year-old – old father.

«The burden you have caused me is overwhelming, I can’t even really put words to the amount of anguish you have caused,» that victim wrote to Shah in her impact statement.

A 60-year-old victim said she «suffered emotional and physical stress» after investing approximately $35,000 into what Shah’s associates promised would be her own e-commerce business. After devoting more than 10 hours a day to what she thought was her business and not making any profit, she «realized that I was being scammed» and had two heart attacks in 2018, the first of which she said was brought on by «extreme stress.»

Another victim with several serious health conditions said she became homeless after being pushed into nearly $30,000 debt through Shah’s scheme.

A 75-year-old retiree was defrauded of more than half her life savings — approximately $40,000 — through promises to coach her on how to market products online, she said in her victim impact statement. Several businesses under different names subsequently began contacting her with the same promises, and «coaching and information began to be duplicated,» she wrote.

A fifth victim, a widow in her mid-70s, asked the court to «let the punishment fit the crime» after Shah’s scheme defrauded her out of nearly $10,000 by selling her a course that promised to help her «acquire a skill in computer knowledge and sales work.» Not only did the course not adequately teach her how to start her own business, as promised, but telemarketers continued to call and harass her even after she realized she was being scammed and her attorney intervened, she wrote.

«The mental anguish is still with me, today, and the guilt I harbor from being so vulnerable and easy prey to such sharks, still swims in my mind,» the victim said.

‘The only thing I’m guilty of is being Shah-mazing’

In the most recent filing, the feds also allege that Shah «engaged in a yearslong, comprehensive effort to hide her continued role in the scheme,» and then tried to profit off the charges once they became public by selling merchandise claiming her innocence as part of «a public offensive.»

The recent filing also alleges that Shah appeared to mock the charges against her in her tagline in the opening credits of season 2 of “The Real Housewives of Salt Lake City,” in which she states: “The only thing I’m guilty of is being Shah-mazing.”

Bravo, the network on which «The Real Housewives» franchise airs, is owned by NBC Universal, the parent company of NBC News.

On the second season, «Housewives» cameras captured the moments prior to Shah’s arrest — which did not occur on camera — and her cast members’ apparent shock upon learning of the allegations against her. None of Shah’s costars are accused of any wrongdoing.

The show featured scenes from Shah’s opulent daily life, which included designer clothes and bags, lavish parties and a group of assistants dubbed the «Shah Squad,» of which Smith was purportedly part.

Shah starred on the show since its first season, which premiered in 2020; the third season is currently airing.

In year Instagram post last weekShah claimed she was initially told she would not be allowed to attend the show’s season three reunion — which just filmed — after her guilty plea, but that producers reversed course and invited her last month on the condition that she was willing to discuss her legal case, which she said she was unwilling to do.

“That expectation has no regard for me or my family’s well-being; so under legal advice, I will not be attending the meeting [sic],” she wrote.

A Bravo representative did not immediately return a request for comment.

In court documents filed Dec. 16, Shah’s family members pleaded for leniency in her sentencing in letters to the judge.

Her husband, Sharrieff Shah, 51, a cornerbacks/special teams coordinator for the University of Utah football team, who is not accused of a crime, pleaded that the judge consider her role as a wife and mother to their two sons; her «civic commitment and contributions to her community,» which he said included making and distributing masks to homeless people during the pandemic and supporting LGBTQ youth; and her «sincere desire to correct her past wrongs.»

Jen Shah also filed a statement with the court Dec. 16 — much of which was redacted — in which she wrote that she accepts «complete responsibility for my bad conduct» and alleged that «terrible business decisions…stemmed from some personal painful experiences that I was going through in my life,» including the 2018 deaths of her father and grandmother.

«My poor judgment and bad business associations caused innocent people to lose their money and be victimized by investing in poorly structured businesses/products that I influenced or controlled,» she wrote. «For that, I am genuinely sorry, and I will work for the rest of my life to make it right.»

Shah also claimed in that statement that she joined «The Real Housewives» to «escape the coaching business» and «have a platform to launch my fashion and beauty business.»

«I hoped that by joining the show, I could restart my life and become someone my father and family would be proud of,» she wrote.

If you or someone you know is in crisis, call 988 to reach the Suicide and Crisis Lifeline. You can also call the network, previously known as the National Suicide Prevention Lifeline, at 800-273-8255text HOME to 741741 or visit SpeakingOfSuicide.com/resources for additional resources.

This article was originally published on NBCNews.com