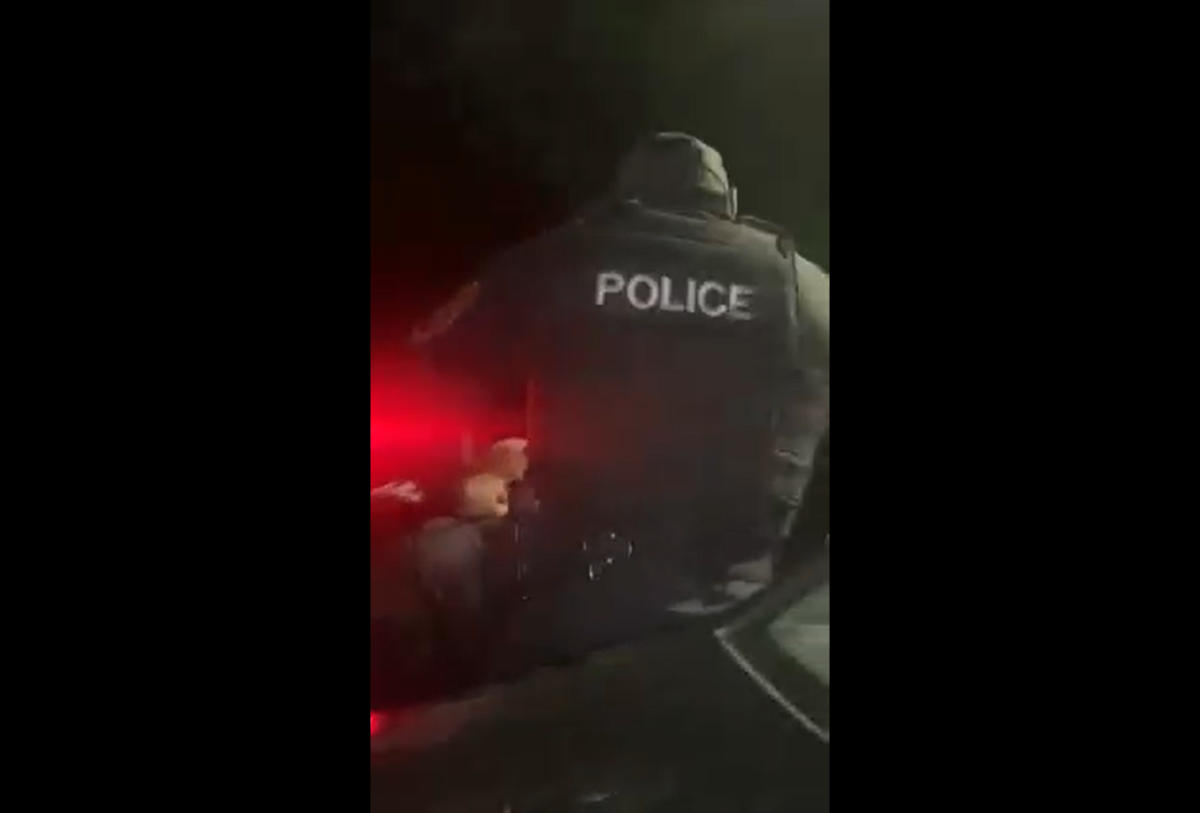 A video posted on social media appears to show a Lakeland Police officer repeatedly punching a suspect while arresting him after a traffic stop.

Witnesses used phones to record videos during the incident that occurred shortly after midnight on Sunday. In two clips posted on the Facebook page of the suspect, Antwan Glover, four LPD officers can be seen helping to subdue him during the episode in the Paul A. Diggs neighborhood.

According to arrest affidavits provided by LPD, officers from the Street Crimes Unit were patrolling the 400 block of West Ninth Street in a black, unmarked Ford Explorer. The report described it as a «high crime/drug area» and said previous arrests for drug and weapons charges had been made there.

Body cameras:Shipping and supply issues delay Lakeland police body-camera rollout. But rules of use are in

The officers determined that Glover, 36, was the driver. Glover opened his door but remained in the car, and Officer Anton Jefferson saw a «cannabis cigar» in plain sight near a cup holder, the report says. Jefferson wrote that he saw a «green leafy substance» extending from the cigar, confirming his suspicion that the cigar contained marijuana. He wrote that he also smelled the aroma of burnt cannabis.

Jefferson asked Glover to leave the vehicle, the report says. As Glover was standing up, Jefferson saw fellow Officer Jason McLain reaching for a bag hanging from Glover’s neck, the report says. From that point, Jefferson described Glover resisting the officers, pulling away as he reached for the bag and later as he was being handcuffed.

Officer Dillon Cornn tried to move Glover’s hands behind his back, and Glover pulled his left arm free and put Cornn in a headlock, the report says. Responding to the suspect’s «violent behavior,» Jefferson shot Glover in the upper back with a Taser gun, the report says. Officers were then able to handcuff Glover, Jefferson wrote.

Officers searched the vehicle and found two containers of a leafy green substance, residue in an ash tray, a cannabis cigar and scales, the report says. Field testing confirmed the substance to be marijuana weighing 33.75 grams, the report says.

Glover claimed that he had a state-issued medical marijuana patient card, the report says, but officers found neither the card nor any marijuana in sealed dispensary packaging, Jefferson wrote. Officers arrested Glover on charges of possession of more than 20 grams of marijuana, use or possession of paraphernalia, resisting an officer with violence and battery on an officer.

Glover had a first appearance Monday before Judge Bruce Jacobsen and was released on $500 bond.

In other news:House Jan. 6 committee releases transcript of interview with Lakeland resident Fancelli

The two videos posted on Glover’s Facebook page both begin after Glover is out of the car and on the street with at least two LPD officers kneeling or standing above him. About 10 seconds into one video, an officer appears to punch the suspect in the upper back with a closed fist. An unidentified girl is heard screaming and calling, «Hey, stop punching my dad!»

The officers roll Glover onto his back, where he holds his palms up towards the officer closest to him. The officer, straddling Glover’s torso, then punches him several times in the upper chest or head. The image becomes jerky as the person with the camera moves while the view is partially blocked by officers, the car and other witnesses.

Witnesses call out towards the officers, and an officer tells them to back away.

After the punches to the chest, Glover is seen kicking his feet up while lying on his back. Three officers work to subdue the suspect, and another officer turns towards the camera and calls out, «He put him in a headlock.»

The alleged headlock is not seen on the video.

A second video begins with a woman in a colorful dress standing near the scene, facing an officer who tells her to leave.

«I’ve given you multiple warnings,» the officer says.

The woman and others speak in agitated voices as the officer periodically tells the woman to back off. The video shows Glover on the ground and handcuffed in the background.

A girl, seemingly the same one who spoke on the first video, can be heard talking on the phone to her grandmother. She says that the police have put her mother in handcuffs. Soon after that, the video shows officers standing the woman in the colorful dress against a police car and handcuffing her hands behind her back.

LPD spokesperson Robin Tillett shared an arrest affidavit for Nettie Bell, 37, listed as having the same address as Glover. In the report, Cornn said that Bell «directly obstructed our investigation and effort.»

The report says that as McLain tried to secure a suspect, Bell tried to pull the unidentified person away from the officer. Cornn arrested Bell and charged her with resisting arrest without violence.

Along with the two videos, Glover posted photos on his Facebook page that appeared to show scratches and abrasions on his hands, ankles, back and buttocks. Glover could not be reached for comment.

The Lakeland Police Department recently began issuing body-worn cameras to some officers, but Tillett said they are first going to the Uniform Patrol Division. She said the officers involved in Glover’s arrest had not yet been assigned cameras.

Tillett issued this statement from LPD:

«Our agency is aware of the video circulating on social media. All incidents involving protective actions taken by officers are reviewed by their chain of command and our Office of Professional Standards. It is not our policy to comment on any actions currently under review.”